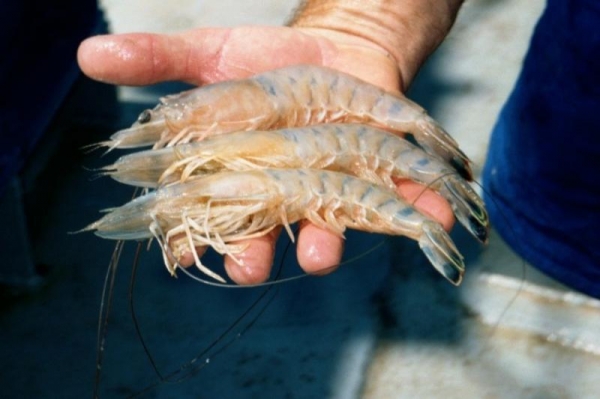 Seasonal hypoxic conditions in the Gulf of Mexico force many shrimp to relocate.

Shrimp are one of the most valuable fishery resources in the Gulf of Mexico and support important fisheries off Mississippi, Louisiana, and Texas, but that doesn’t mean that it’s easy money. Shrimpers face many challenges, like rising fuel costs, increased importing of shrimp, and changing climate, and while brown shrimp and white shrimp are the most abundant species in the northwestern Gulf, shrimpers spend considerable effort trying to locate concentrations of shrimp to harvest.

Scientists at NOAA’s Southeast Fisheries Science Center and North Carolina State University are trying to take some of the guesswork out of finding shrimp—particularly during seasonal low or no-oxygen conditions, called hypoxia, in the Gulf.

The shrimp fishery peaks in the summertime—at approximately the same time when extensive hypoxia usually occurs in Louisiana coastal waters. This year, the area referred to as the dead zone is anticipated to be 5,364 square miles.

Low oxygen is a significant threat to marine life, particularly for animals like shrimp that live near the bottom, where hypoxia tends to be most pronounced. At the same time, prior research has found that shrimp are highly mobile and often able to escape the low oxygen areas by moving to alternative habitats.