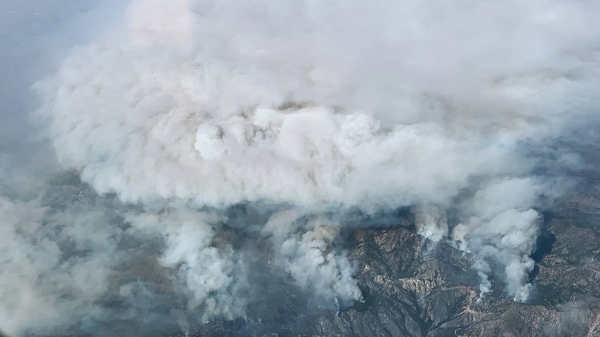 A new study uses data from the ECOSTRESS instrument aboard the space station to better understand why some parts of a wildfire burn more intensely than others.

Even in drought-stricken California, not all areas face the same degree of wildfire risk. A recent study featuring data from NASA’s ECOSTRESS mission found relationships between the intensity of a wildfire and the water stress in plants measured in the months before the blaze. The correlations weren’t just a matter of dry plants burning more than hydrated ones; some areas where vegetation had sufficient water burned more severely, possibly because fires had more fuel to consume.

The research, led by scientists at NASA’s Jet Propulsion Laboratory in Southern California, draws on plant water-use data collected by ECOSTRESS, short for the ECOsystem and Spaceborne Thermal Radiometer Experiment on Space Station. The instrument measures the temperature of plants as they heat up when they run out of water. For this study, researchers focused on data collected during portions of 2019 and early 2020 over six areas – three in Southern California mountains and three in the Sierra Nevada – that were subsequently scorched by wildfires.

Other research has shown that wildfire season across the Western U.S. is starting earlier in the year and increasing in length and severity. In California – a state with 33 million acres (13 million hectares) of forests, much of it managed by federal, state, and local agencies – detailed insights on the relationship between wildfire and the availability of water to vegetation could help fire-management officials identify not just whether an area will likely catch fire, but how serious the damage will be if it does.