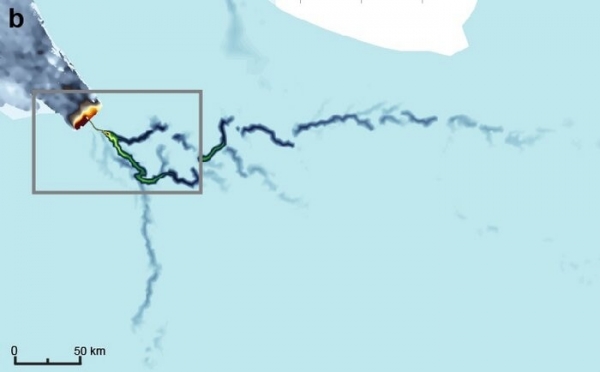 An unexpected river under the Antarctic ice sheet affects the flow and melting of ice, potentially accelerating ice loss as the climate warms.

An unexpected river under the Antarctic ice sheet affects the flow and melting of ice, potentially accelerating ice loss as the climate warms.

The 460km-long river is revealed in a new study, which details how it collects water at the base of the Antarctic ice sheet from an area the size of Germany and France combined. Its discovery shows the base of the ice sheet has more active water flow than previously thought, which could make it more susceptible to changes in climate.

The discovery was made by researchers at Imperial College London, the University of Waterloo, Canada, Universiti Malaysia Terengganu, and Newcastle University, with the details published today in Nature Geoscience.

Co-author Professor Martin Siegert, from the Grantham Institute at Imperial College London, said: “When we first discovered lakes beneath the Antarctic ice a couple of decades ago, we thought they were isolated from each other. Now we are starting to understand there are whole systems down there, interconnected by vast river networks, just as they might be if there weren’t thousands of metres of ice on top of them.