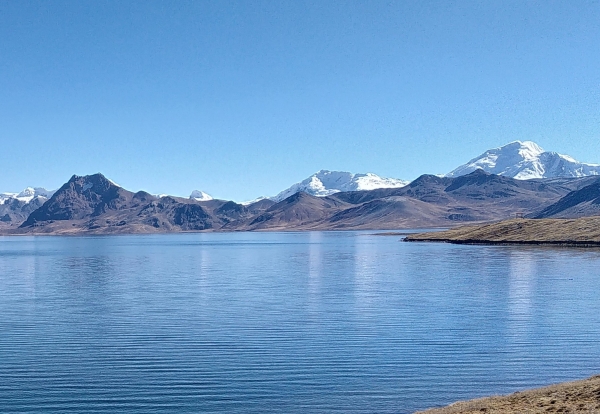 Imperial scientists have shared how working directly with mountain communities could drive adaptation to the loss of their main water sources.

Imperial scientists have shared how working directly with mountain communities could drive adaptation to the loss of their main water sources.

Nearly two billion people globally rely on mountain water for drinking and irrigation, but this water source is under threat due to global heating. Mountainous regions are particularly impacted by the effects of the climate crisis, with melting glaciers and snow adding to water scarcity in regions such as the Himalayas, Central Asia, and Andes.

In a new paper, Imperial College London researchers outline how integrated water strategies that include scientists working directly with communities on the ground could help them drive their own climate adaptation and boost water security.

Local communities have often developed ingenious local solutions such as water sowing and harvesting practices, wetland conservation, and interconnected storage reservoirs. A better scientific evidence base can help integrating these practices and river basin management plans, to offset some of the negative impacts of climate change.