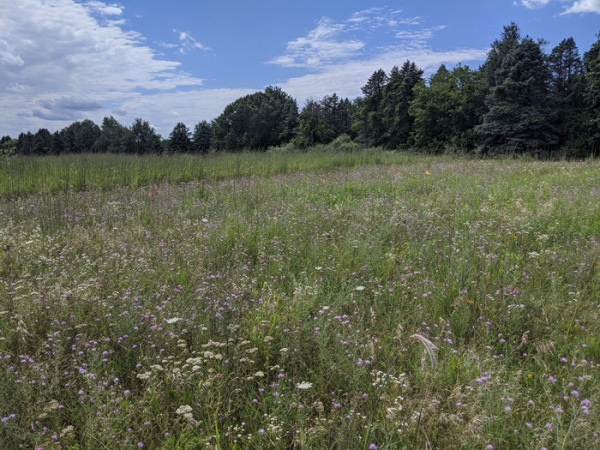 There’s a popular saying that people who ignore history are doomed to repeat it.

There’s a popular saying that people who ignore history are doomed to repeat it. It turns out that there’s another reason not to ignore history according to new research from Michigan State University published in the journal Ecology.

When it comes to restoring ecosystems to their natural state, people can’t ignore history if they want to repeat successful efforts.

“Restoration is somewhat notorious for giving you different outcomes for very similar approaches,” said Chris Catano, a research associate in the Department of Plant Biology at MSU and first author of the new report. “There’s a lot of variability.”

Catano works with Lars Brudvig, a professor in the College of Natural Science. One of the Brudvig Lab’s projects is illuminating the fundamental factors that contribute to that variability. With support from the National Science Foundation, this new study focuses on one of those factors — when a plot is restored — through the lens of biodiversity.

The experimental site Arbor Luxe Reserve let the MSU team investigate how planting year affected the trajectory of restored prairie. Native big bluestem grass is visible in the back, standing taller than the purple flowers of spotted knapweed in the front, which is native to Europe and generally considered invasive in North America. (Photo Credit: Lars Brudvig)