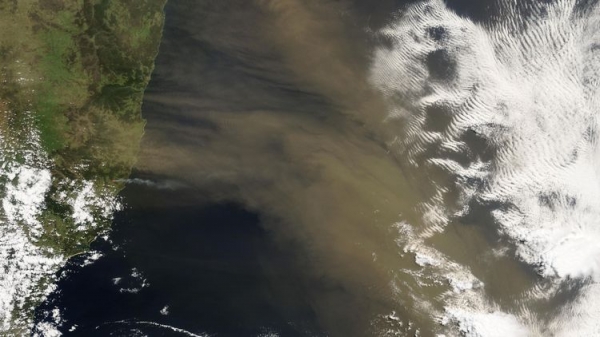 Dust particles from central South America were the most important source of iron in the South Pacific during the last two ice ages.

Dust particles from central South America were the most important source of iron in the South Pacific during the last two ice ages. Researchers led by Oldenburg geochemist Torben Struve report their findings in the journal PNAS.

Dust from the dry Puna Plateau in northwestern Argentina was an important source of iron for the nutrient-deficient South Pacific in the last two glacial cycles – especially at the beginning of these cycles. This was the key finding of a study presented in science journal PNAS by a team of researchers led by geochemist Dr Torben Struve from the University of Oldenburg.

According to the team's theory, the jet stream circulation – powerful air currents flowing from west to east at an altitude of several kilometres – picked up the fine mineral particles on the east side of the Andes and transported them almost all the way around the Antarctic continent to the Southeast Pacific. Using a sediment core from the seafloor as a climate archive, the researchers were able to reconstruct the contributions from various dust sources located on the surrounding continents.

Read more at University of Oldenburg