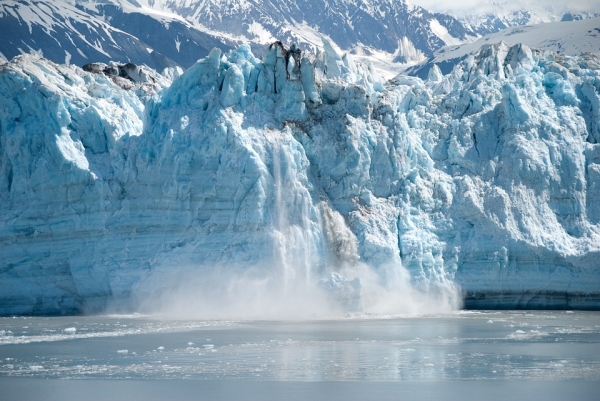 Scientists on a research vessel in Antarctica watched the front of a glacier disintegrate and their measurements ‘went off the scale’.

Scientists on a research vessel in Antarctica watched the front of a glacier disintegrate and their measurements ‘went off the scale’. As well as witnessing disruptions on the ocean surface, they recorded ‘internal’ underwater tsunamis as tall as a house, a phenomenon that has been previously missed in the understanding of ocean mixing and in computer models.

Internal tsunamis are an important factor in ocean mixing, which affects life in the ocean, temperatures at different depths, and how much ice the ocean can melt.

Ice in Antarctica flows to the coast along glacier-filled valleys. While some ice melts into the ocean, a lot breaks off into icebergs, which range in size from small chunks up to the size of a country. A team on board the British Antarctic Survey (BAS) research ship RRS James Clark Ross were taking ocean measurements close to the William Glacier, situated on the Antarctic Peninsula, as the front of it dramatically disintegrated into thousands of small pieces.