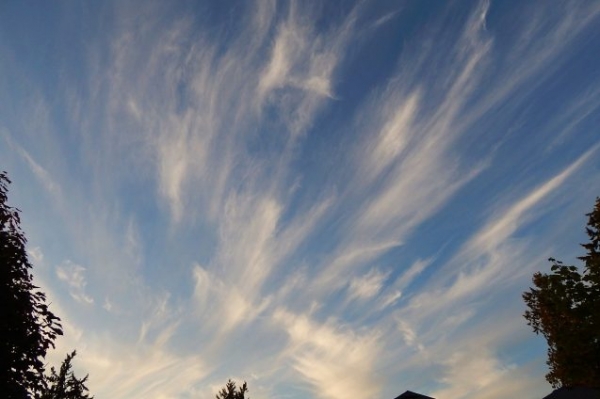 Associate Research Scientist Kara Lamb grew up reading her father’s Scientific American magazines. She absorbed whatever she could about quantum physics and, for a period of time, thought she would study it for the rest of her career. But in 2008, after Lamb finished her master’s degree on the subject, the urgency of the climate crisis was looming larger and larger. The Intergovernmental Panel on Climate Change had just released its fourth assessment report, and the questions it raised about the Earth’s systems were as complex as they were motivating—enough so that Lamb chose to redirect her PhD and subsequent work toward the atmospheric sciences. Now at Columbia Engineering, Lamb is researching how methods for machine learning can be used to better understand the microphysics of cirrus clouds.

Cirrus clouds form higher in the atmosphere than almost any other type of cloud—tens of thousands of feet above the ground. They take shape when water vapor gets pushed up toward the stratosphere by the rise of warm, dry air and then freezes due to the low temperatures. The results are thin, feathery clouds made up of thousands to millions of ice crystals. These ice crystals—and their many different structures, shapes, and sizes—influence how cirrus clouds both reflect incoming sunlight and trap outgoing heat from the Earth, also known as the cloud radiative effect.

Lamb is one of the first people to use machine learning to study the shape of the ice crystals in cirrus clouds. In doing so, she hopes to inform the way that scientists account for clouds in climate models.