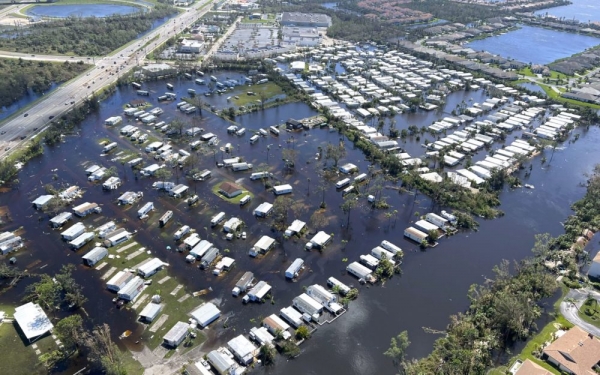 Florida neighborhoods hit by hurricanes have seen little drop in interest from homebuyers.

Florida neighborhoods hit by hurricanes have seen little drop in interest from homebuyers. On the contrary, these communities have tended to gentrify, with the price of homes and the income of buyers rising slightly after a storm, a new study reveals.

“Our findings show that the idea that people will naturally retreat from hazardous areas may not necessarily hold up,” Yanjun Liao, a researcher at the environmental think tank Resources for the Future and coauthor of the study, said in a statement.

After fierce winds and floodwaters destroy some coastal homes, the supply of housing drops. Demand, however, generally holds steady, driving home prices up by around 5 percent on average in affected neighborhoods, with the income of new buyers rising in tandem, researchers found. After around three years of rebuilding, the supply of housing returns to pre-storm levels, as do prices. But by this point, higher-earning residents occupy more than one in four homes.