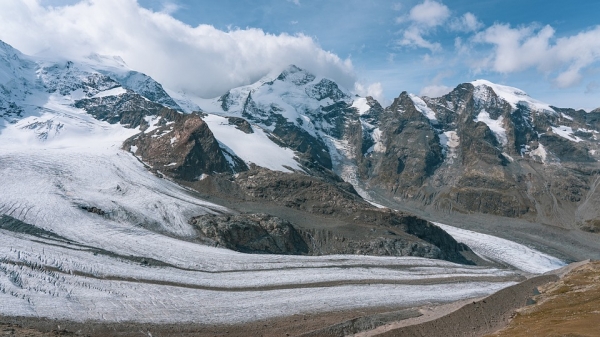 David Rounce has led an international effort to produce new projections of glacier mass loss through the century under different emissions scenarios.

David Rounce has led an international effort to produce new projections of glacier mass loss through the century under different emissions scenarios. The projections were aggregated into global temperature change scenarios to support adaptation and mitigation discussions, such as those at the recent United Nations Conference of Parties (COP 27). His work showed that the world could lose as much as 41 percent of its total glacier mass this century—or as little as 26 percent—depending on today’s climate change mitigation efforts.

The most recent IPCC report for policymakers brought together thousands of internationally recognized climate experts in an urgent plea to citizens and their governments to fight for drastic and immediate reductions to greenhouse gas emissions. The report warned that policymakers have less than three years to act to avert catastrophic and irreversible changes to our climate. The shared socioeconomic pathways, or SSPs, they used to model future scenarios for climate change are based on factors like population, economic growth, education, urbanization, and innovation. These new pathways illustrate a more complete picture of socioeconomic trends that could impact future greenhouse gas emissions.

Only recently have researchers been able to produce global predictions for total glacial mass change using the new SSPs. Rounce’s work aggregates these future climate scenarios based on their increase in global mean temperature to evaluate the corresponding impacts associated with temperature change scenarios ranging from +1.5° C to +4° C. His model is also calibrated with an unprecedented amount of data, including individual mass change observations for every glacier, and uses state-of-the-art calibration methods that require the use of supercomputers.