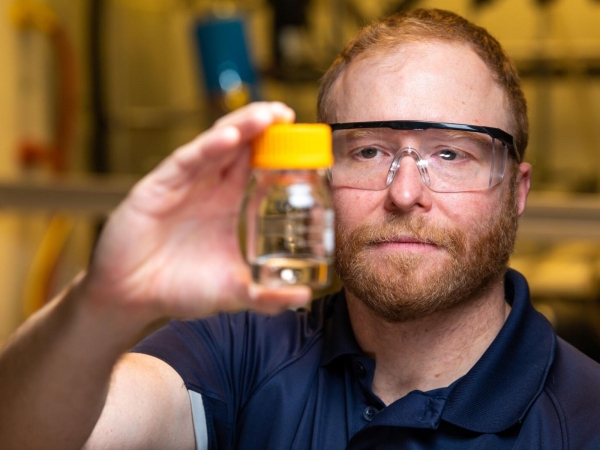 The need for technology that can capture, remove and repurpose carbon dioxide grows stronger with every CO2 molecule that reaches Earth’s atmosphere. To meet that need, scientists at the Department of Energy’s Pacific Northwest National Laboratory have cleared a new milestone in their efforts to make carbon capture more affordable and widespread. They have created a new system that efficiently captures CO2—the least costly to date—and converts it into one of the world’s most widely used chemicals: methanol.

Snaring CO2 before it floats into the atmosphere is a key component in slowing global warming. Creating incentives for the largest emitters to adopt carbon capture technology, however, is an important precursor. The high cost of commercial capture technology is a longstanding barrier to its widespread use.

PNNL scientists believe methanol can provide that incentive. It holds many uses as a fuel, solvent, and an important ingredient in plastics, paint, construction materials and car parts. Converting CO2 into useful substances like methanol offers a path for industrial entities to capture and repurpose their carbon.