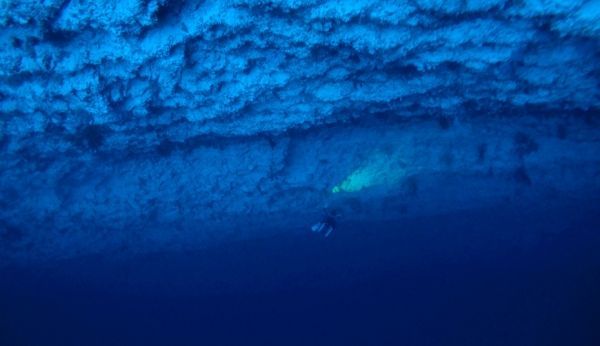 Coral reefs around the world are threatened by warming ocean temperatures, a major driver of coral bleaching. Scientists routinely use sea-surface temperature data collected by satellites to predict the temperature-driven stress on reef communities, but new research shows that surface measurements alone may not accurately predict the full extent of thermal stress on deeper corals.

A new study led by scientists at Scripps Institution of Oceanography at the University of California San Diego and the Coral Reef Research Foundation (CRRF) in Palau describes a novel approach for predicting warm temperature-induced stress on corals from the sea surface through a deeper expanse ranging from 30-150 meters (100-500 feet) known as the mesophotic zone.

Corals at this depth are thought of by some in the science community as being safer from ocean warming than their shallow-water counterparts. But the Scripps Oceanography team found that even in the deep, corals are episodically exposed to thermal stress at intervals different than those corals near the surface.