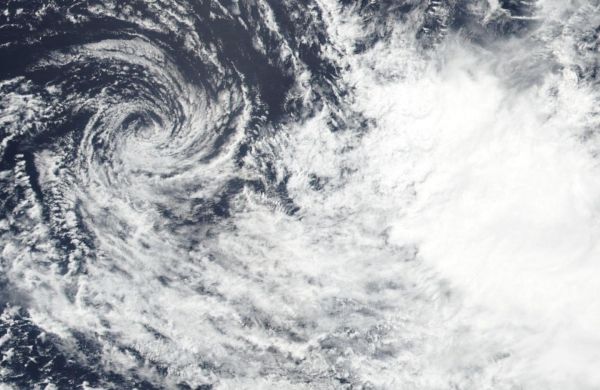 Suomi NPP passed over Savannah on March 21, 2019 and the Visible Infrared Imaging Radiometer Suite (VIIRS) instrument provided a visible image of the storm as wind shear continued to tear it apart. The VIIRS image showed wispy clouds around the center of circulation, and the bulk of clouds pushed off far from the center to the southeast. That’s because of strong vertical wind shear from the northwest of the storm.

In general, wind shear is a measure of how the speed and direction of winds change with altitude. Tropical cyclones are like rotating cylinders of winds. Each level needs to be stacked on top each other vertically in order for the storm to maintain strength or intensify. Wind shear occurs when winds at different levels of the atmosphere push against the rotating cylinder of winds, weakening the rotation by pushing it apart at different levels.