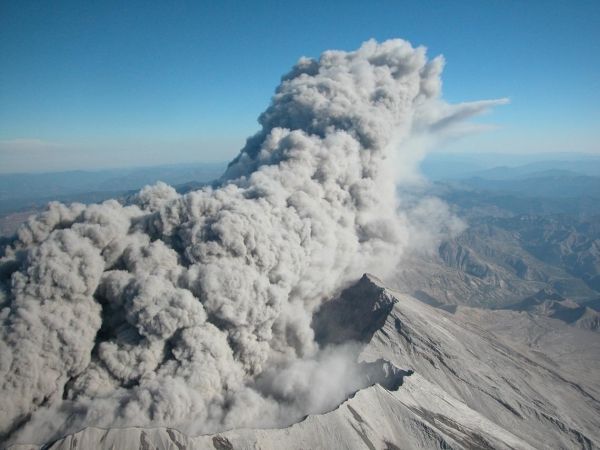 In September 2004, USGS scientists detected sudden, but unmistakable, signs that Mount St. Helens was waking up.

In September 2004, USGS scientists detected sudden, but unmistakable, signs that Mount St. Helens was waking up. Volcano monitors had picked up the occurrence of hundreds of small earthquakes and other signals that the volcano’s crater floor had begun to rise. Within a week, several eruptions blasted clouds of ash into the atmosphere, and soon after, a new lava dome emerged in the crater.

But as volcanic activity escalated, it became clear to scientists at the USGS Cascades Volcano Observatory (CVO) that the 20-year-old equipment and monitoring network capabilities were insufficient to properly forecast possibly severe eruptive activity. During the eruption, USGS CVO scientists grew increasingly concerned as ground shaking caused seismic signals to go off the scale on the outdated seismometers. Additionally, only one of the two continuously recording GPS receivers was operational. Had there been a half dozen or more GPS receivers installed around the volcano, scientists would have been able to triangulate the location of magma and develop models that showed the location and volume of magma over time.

Scientists scrambled to borrow and install modern instruments and create new technologies on-the-fly, but they were dismayed to discover that the old system used for transmitting data was not compatible with the more modern borrowed equipment. Under the scrutiny of intense worldwide media interest, the USGS was playing catch-up with the volcano while a potentially hazardous situation unfolded. Being ill-equipped to forecast volcano hazards, especially in the midst of a crisis, is risky business. Something needed to be done to avoid this situation in the future.