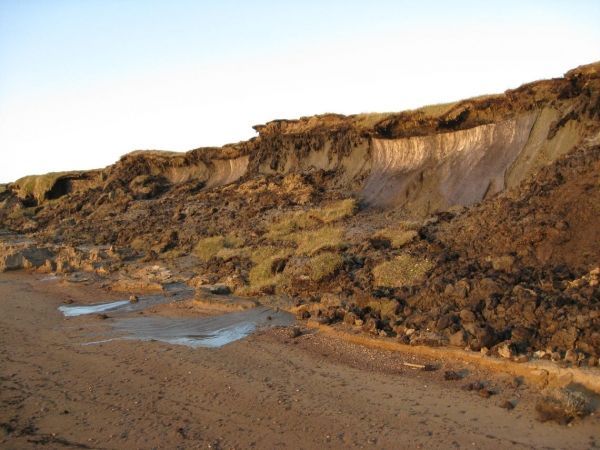 The northern tip of Earth stores vast amounts of carbon within its frozen soil, known as permafrost – soil that remains frozen for more than two consecutive years.

The first of our two tales focuses on a group of scientists who uses drones to measure methane from thawing permafrost as a way to predict areas of coastal bluff slumping and erosion in Alaska’s North Slope. The second story highlights USGS and NASA scientists who use experimental sensors mounted on drones to measure methane released as permafrost forests thaw into wetlands in the interior of Alaska.

USGS scientist Ferdinand Oberle has begun testing an inexpensive technique for measuring methane escaping from thawing permafrost in coastal Arctic bluffs. The system uses off-the-shelf industrial components mounted on a drone aircraft. A test of the methane detector on Barter Island, Alaska, has proven to be more sensitive than originally expected. Data collected along 1.25 miles of coastal bluffs has revealed spots where methane emissions were particularly high, which has been linked to zones of accelerated slumping and erosion.