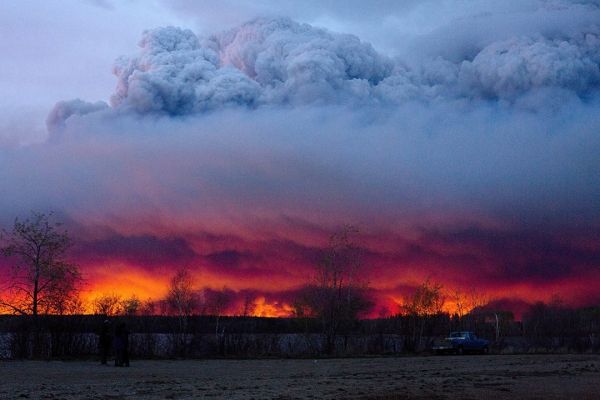 We have been working on the consequences of increasing boreal wildfires since 2004, when a  huge swath of boreal forest burned in Alaska and the Yukon.

We have been working on the consequences of increasing boreal wildfires since 2004, when a  huge swath (2.6 million hectares) of boreal forest burned in Alaska and the Yukon. It seemed, at the time, like an unusually large fire year. Since then, we have seen record breaking fire activity occur repeatedly across northern North America.

Increasing fire activity in the boreal forest is consistent with projected responses to climate change. This means that individual forests are likely to burn more frequently then they have in the past hundreds, even thousands, of years. Our research on forest responses to large fires shows that an increasing frequency of fire leads to a cascading set of changes that may substantially alter the boreal forest as we know it.

Boreal forests have acted as carbon sinks — they remove carbon dioxide from the atmosphere and store it in biological materials — for millennia. But our recent study of the 2014 fires in the Northwest Territories shows that some parts of the boreal forest are becoming sources of atmospheric carbon, potentially contributing to the greenhouse effect.

Recent estimates suggest that boreal forests store more carbon than is currently in the atmosphere, with most of that carbon found in soils. These pools of old soil carbon are contained in deeper soil layers and tend to stay wet. Historically, this has kept them safe from burning.

Image via Jason Franson - The Canadian Press via AP