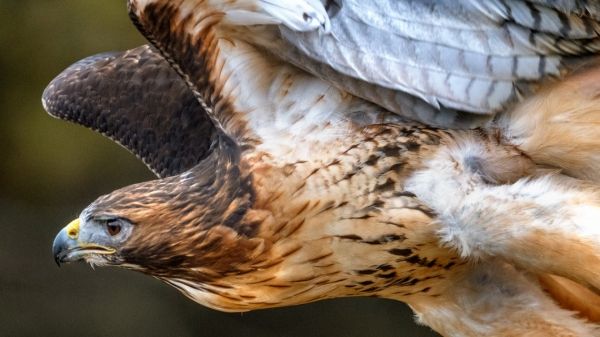 It’s a common sight in the Northeast: Flocks of wild turkeys strutting across the road, frustrating commuters.

It’s a common sight in the Northeast: Flocks of wild turkeys strutting across the road, frustrating commuters. But this wasn’t always the case.

Less than a century ago, Eastern wild turkey had been nearly eliminated from the Northeast, requiring careful planning by wildlife ecologists to reestablish them in their natural habitat. The effort took decades.

To help address this problem, a multidisciplinary team with the Cornell Wildlife Health Lab has created StaPOPd, an interactive online tool that tells users exactly how many plants or animals they need to introduce into a habitat in order to establish a stable population.

Image: Eighty percent of red-tailed hawks do not survive beyond their first year of life. If wildlife managers release only juvenile hawks into the wild, most of those carefully reared birds would die before reproducing. The StaPOPd software can help scientists avoid these kinds of issues.  CREDIT: Cornell University