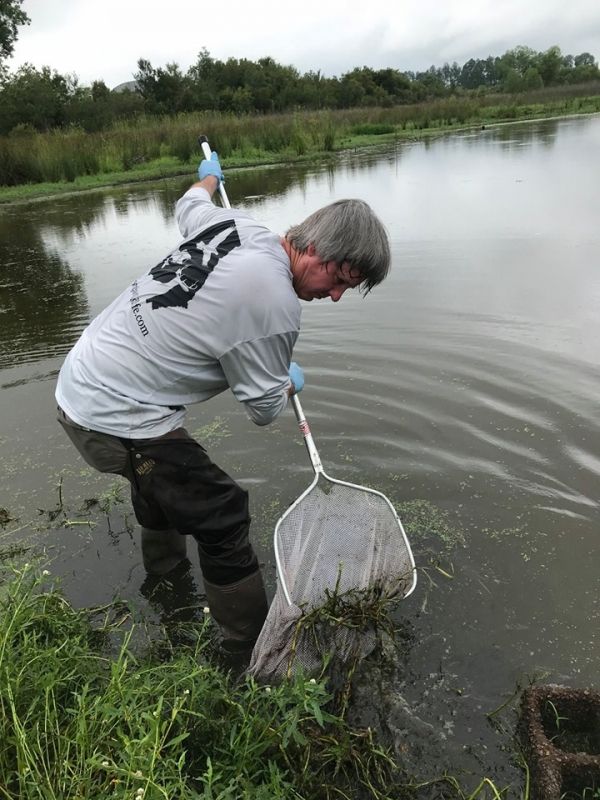 Kudzu and emerald ash borer are widely known examples of an invasive plant and an invasive insect, respectively, that cause harm to our native plants.

Kudzu and emerald ash borer are widely known examples of an invasive plant and an invasive insect, respectively, that cause harm to our native plants. Their impacts are obvious in our landscapes. Not so well known are the invasive pathogens that are quietly decimating small, little noticed but ecologically important amphibians.

In a study published in the October 15 issue of Ecological Modelling, a team of University of Tennessee researchers along with a colleague from the University of Florida model how a chimeric Frog virus 3 (FV3)-like ranavirus, also known as RCV-Z2, can spread rapidly throughout a population of North American wood frog (Lithobates sylvaticus) tadpoles.

Ranaviruses are globally emerging pathogens that affect amphibians, reptiles and fish, and they are threatening the diversity of our ecological systems, says Matt Gray, professor in the UT Institute of Agriculture Center for Wildlife Health. Gray is the founding and past director of the Global Ranavirus Consortium – an organization dedicated to creating partnerships to combat the global emergence of ranaviruses. “In our previous work, we found that RCV-Z2 is a recombinant ranavirus that has DNA from a strain in North America and one from Europe and Asia. We think these viruses mixed DNA in a bullfrog farm in southern Georgia – the outcome was a highly virulent hybrid virus! The point of this modeling effort was to demonstrate how this evolved virus with eastern hemisphere DNA can infect and spread in a widely distributed amphibian species,” says Gray. “The news is not good.”

Read more at University of Tennessee Institute of Agriculture