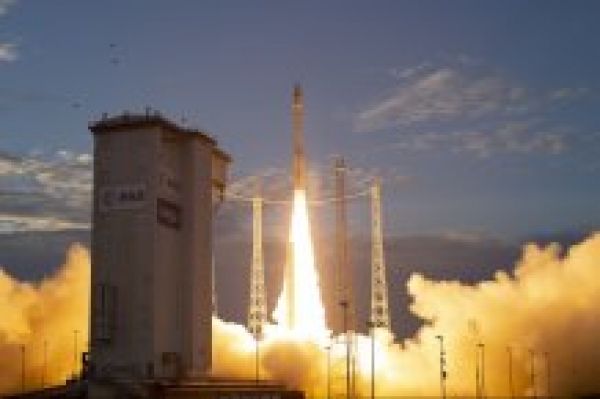 Satellites now play a key role in monitoring carbon levels in the oceans, but we are only just beginning to understand their full potential.

Our ability to predict future climate relies upon being able to monitor where our carbon emissions go. So we need to know how much stays in the atmosphere, or becomes stored in the oceans or on land. The oceans in particular have helped to slow climate change as they absorb and then store the carbon for thousands of years.

The IPCC Special Report on the Oceans and Cryosphere in a Changing Climate, published last month, identified this critical role that the ocean play in regulating our climate along with the need to increase our monitoring and understanding of ocean health. But the vast nature of the oceans, covering over 70% of the Earth’s surface, illustrates why satellites are an important component of any monitoring.

The new study, led by the University of Exeter, says that increased exploitation of existing satellites will enable us to fill “critical knowledge gaps” for monitoring our climate.

The work reports that satellites originally launched to study the wind, also have the capability to observe how rain, wind, waves, foam and temperature all combine to control the movement of heat and carbon dioxide between the ocean and the atmosphere.