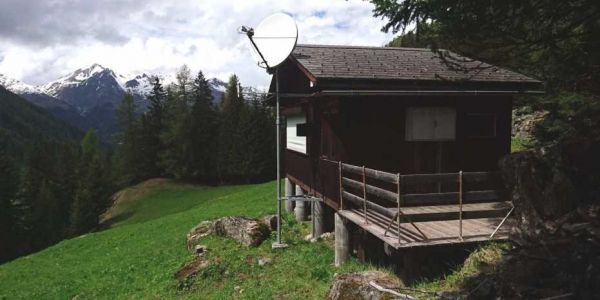 Twenty years ago, Switzerland ratified the Comprehensive Nuclear-​Test-Ban Treaty. This important agreement is based on a sophisticated network that makes it possible to monitor compliance with the treaty.

It was a milestone in international peace efforts: On 24 September 1996 at the United Nations in New York, the first 71 countries signed the Comprehensive Nuclear-​Test-Ban Treaty. This committed them to abandoning nuclear test explosions. Switzerland was one of the first signatories.

Three years later, or 20 years ago now, the Swiss parliament ratified the Treaty and thereby transposed it into applicable law. To mark this anniversary, Lassina Zerbo, Executive Secretary of the Comprehensive Nuclear-​Test-Ban Treaty Organization (CTBTO), is visiting Switzerland. During his stay, he will give a public lecture at ETH entitled “Science Meets Diplomacy and World Security”.

Among international disarmament efforts, the Comprehensive Nuclear-​Test-Ban Treaty stands as a resounding success. So far nearly 200 states have joined the CTBTO, which monitors compliance with the Treaty from its headquarters in Vienna, and 168 states have already ratified the Treaty. For it to enter into force, it must be ratified by another eight states from the group of 44 so-​called Annex 2 states, which all had nuclear reactors in 1996 according to the International Atomic Energy Agency.

Switzerland played a key part in the Treaty’s successful conclusion. Not only did the United Nations in Geneva serve as a hub for the preparatory negotiations, but Swiss scientists played an important role in establishing a reliable monitoring system – a crucial prerequisite for the conclusion of the Treaty. “The conviction that the Treaty could be reliably monitored was crucial to its establishment,” explains Florian Haslinger, head of the Support and Special Projects section of the Swiss Seismological Service (SED) at ETH Zurich.

In the monitoring system, a global network of highly sensitive seismological, hydroacoustic, infrasound and radionuclide monitoring stations are all linked to a common data centre. Since 1997, the CTBTO has been working with member states to set up this system, which must be fully operational by the time the Treaty enters into force, and to ensure its provisional operation. The monitoring network can reliably detect underground, underwater or atmospheric tests. This guarantees that no country can test an atomic weapon without other countries’ knowledge.