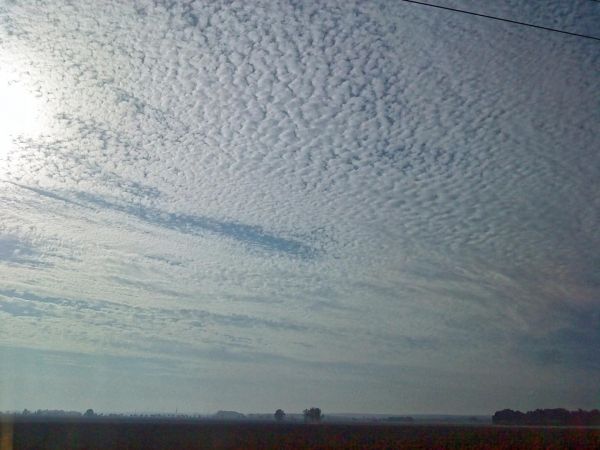 Vertical air motions increase ice formation in mixed-phase clouds. This correlation was predicted theoretically for a long time, but could now be observed for the first time in nature. This result was published by a team from Leibniz Institute for Tropospheric Research (TROPOS) in Leipzig in npj Climate and Atmospheric Science, an Open Access journal published by Nature Research. Using laser and radar equipment, the team measured the vertical air velocity and ice formation in thin mixed-phase clouds. Such clouds contain ice particles, water vapour as well as supercooled liquid droplets. The results from Leipzig could help to map an important part of the water cycle better in the weather and climate models in the future by ice formation in clouds.

The formation of ice in clouds is a core element of the water cycle on Earth. It is usually difficult to isolate the ice formation process in order to study it individually because the interaction of aerosol particles, air motion and microphysical processes in clouds is too complex. Nevertheless, it is necessary to understand these processes in detail in order to better map this mechanism in weather and climate models.

The cloud researchers concentrated on a less spectacular and therefore less considered form of clouds in order to exclude other processes than primary ice formation. They investigated large cloud fields at an altitude of about 2 to 8 kilometres with a vertical extent of only 100 to 200 metres and contained extremely little ice in the range of micrograms per cubic meter. Such thin cloudsallow both ice to be detected with a cloud radar and the vertical air movement with a Doppler lidar, as the laser beam can still penetrate the clouds. Both lidar and radar instruments were therefore necessary to investigate the turbulence and ice formation in these clouds above Leipzig from the ground. "The effect only became visible when we observed the ice directly below the clouds’ top layer. Our findings enable for the first time quantitative and well constraint insights into the relationship between turbulence and ice formation in the atmosphere. The stronger a cloud is 'shaken' by vertical air motions, the more ice falls out of it," reports Dr Johannes Bühl of TROPOS. This correlation was measured for clouds colder than -12 °C. Next, the remote sensing scientists want to explore the influence of aerosols by taking a closer look at the beginning (ice nucleation) and end (precipitation of ice particles) of the ice formation process.