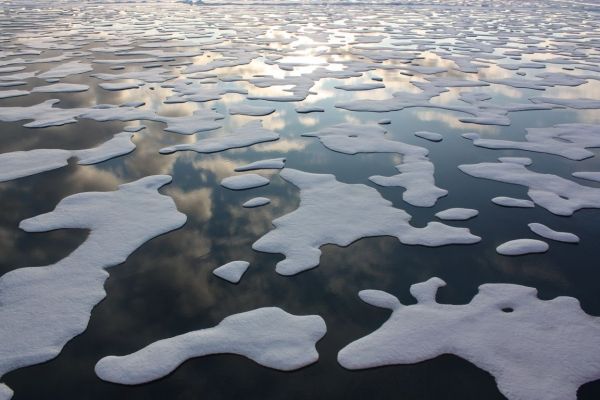 UCLA study narrows the predicted timeframe for one worrying result of climate change.

It’s hard to imagine the Arctic without sea ice. But according to a new study by UCLA climate scientists, human-caused climate change is on track to make the Arctic Ocean functionally ice-free for part of each year starting sometime between 2044 and 2067.

As long as humans have been on Earth, the planet has had a large cap of sea ice at the Arctic Circle that expands each winter and contracts each summer. The knowledge that sea ice is on the decline is not new: Satellite observations show that since 1979, the amount of sea ice in the Arctic in September — the month when there is the least sea ice, before water starts freezing again — has declined by 13 percent per decade.

Scientists have been attempting to predict the future of Arctic sea ice for several decades, relying on an array of global climate models that simulate how the climate system will react to all of the carbon dioxide entering the atmosphere. But the models’ predictions have disagreed widely. Among the current generation of models, some show ice-free Septembers as early as 2026; others suggest the phenomenon will begin as late as 2132.