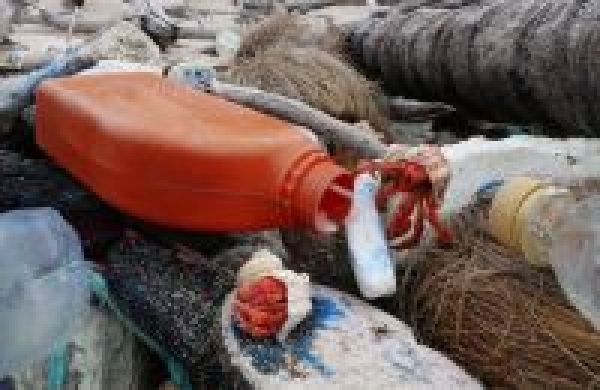 Researcher says marine plastic is a problem worldwide, and comparable hermit crab losses on a global scale would have important implications for ecosystems.

In the first study of its kind, an Institute for Marine and Antarctic Studies (IMAS)-led research team estimates that more than 560,000 hermit crabs have been killed on the Cocos (Keeling) Islands in the Indian Ocean and the Henderson Island in the Pacific after being trapped in plastic debris.

Published in the Journal of Hazardous Materials, the study was carried out by researchers who revealed previously that Cocos and Henderson islands are littered with millions of pieces of plastic.

The hermit crab study found that piles of plastic pollution on beaches create both a physical barrier and a series of potentially deadly traps for crabs.

IMAS’s Dr Jennifer Lavers, who led the studies, said that while considerable attention had been given to plastic pollution in the marine environment, little research had been done into the risk that marine pollution poses to wildlife.

Continue reading at University of Tasmania

Image via University of Tasmania