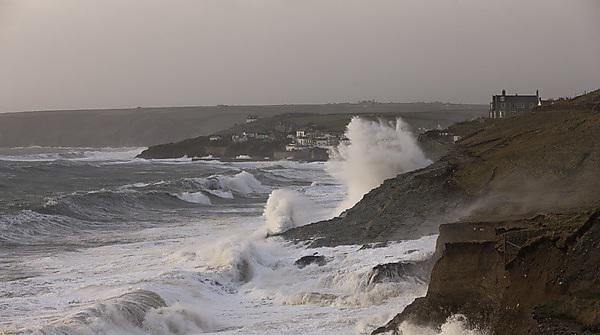 The report was written for the Marine Climate Change Impacts Partnership by world-leading researchers from the University of Plymouth.

The rate of coastal erosion around the UK is expected to increase substantially in the future, according to a new study by the University of Plymouth.

The report, prepared for the Marine Climate Change Impacts Partnership (MCCIP), highlights that 17% of coastlines in the UK and 19.9% in Ireland are being affected by a range of issues including sea-level rises and the increased frequency and intensity of extreme storms.

England and Wales are the worst affected UK regions, with 28% of their 3700km of coast experiencing erosion greater than 10 cm per year, while more than three-quarters of Scotland’s coast is unlikely to erode at perceptible rates.

As well as reference to studies by scientists in Plymouth, it includes forecasts based on the Met Office’s UK Climate Projections 2018 (UKCP18) report which suggests sea levels could increase by as much as 80cm by 2100 with wave height rises of up to 20%, particularly in the south-west of the UK and Ireland.