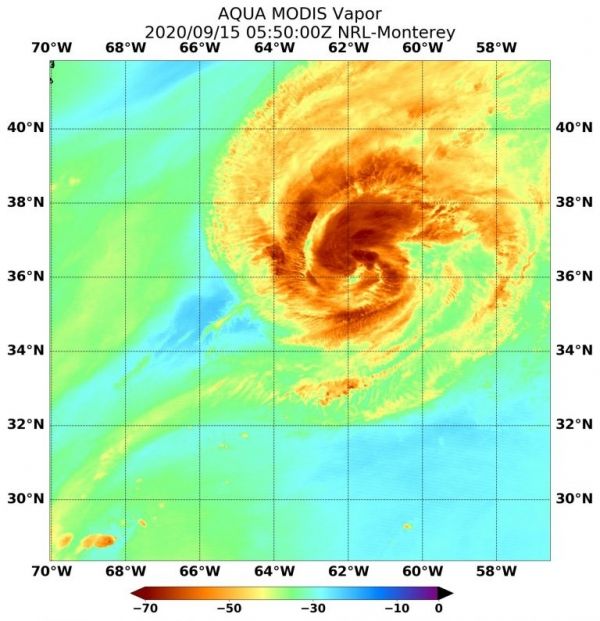 NASA’s Aqua satellite analyzed Hurricane Paulette’s water vapor content as it continued to move away from Bermuda and found structural changes, the strongest side, and dry air moving in.

Water vapor analysis of tropical cyclones tells forecasters how much potential a storm has to develop. Water vapor releases latent heat as it condenses into liquid. That liquid becomes clouds and thunderstorms that make up a tropical cyclone. Temperature is important when trying to understand how strong storms can be. The higher the cloud tops, the colder and stronger they are.