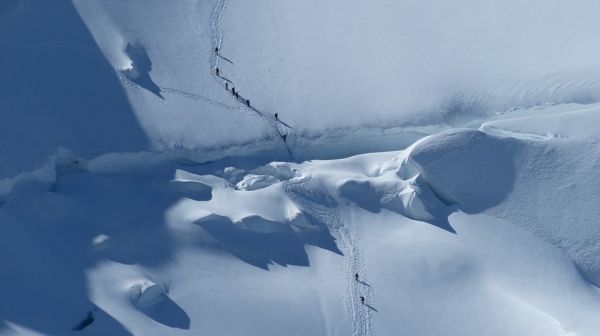 During the last 2.6 million years of Earth’s climate has altered between glacial and interglacial states.

During the last 2.6 million years of Earth’s climate has altered between glacial and interglacial states. As such, there have been times in which the transition between the two climate states appeared with either regular or irregular periodicity. AWI researcher Peter Köhler has now discovered that the irregular appearance of interglacials has been more frequent than previously thought. His study makes a significant contribution to our understanding of Earth’s fundamental climate changes.

In order to understand human beings’ role in the development of our current climate, we have to look back a long way, since there has always been climate change – albeit over vastly different timescales than the anthropogenic climate change, which is mainly due to the use of fossil fuels over the past 200 years. Without humans, for millions of years, climate altered between glacial and interglacial states over periods of many thousands of years, mainly because of the Earth’s tilt which changes by a few degrees with a periodicity of 41,000 years. This in turn changes the angle at which the sun’s rays strike Earth – and as such the energy that reaches the planet, especially at high latitudes in summer. However, there is strong evidence that during the course of the last 2.6 million years, interglacials have repeatedly been ‘skipped’. The Northern Hemisphere – particularly North America – remained frozen for long periods, despite the angle of the axial tilt changing to such an extent that more solar energy once again reached Earth during the summer, which should have melted the inland ice masses. This means Earth’s tilt can’t be the sole reason for Earth's climate to alter between glacial and interglacial states.