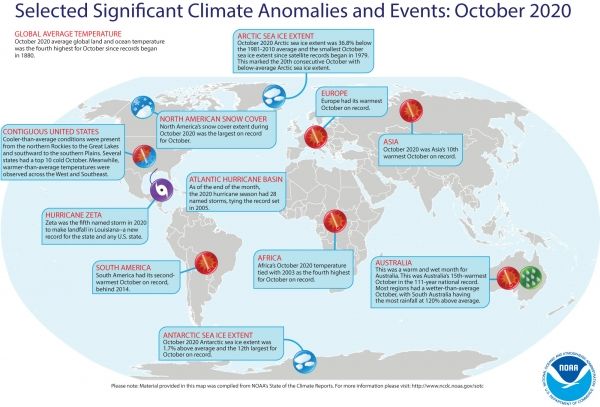 The year to date (January through October) ranked second-hottest for the globe as Arctic sea ice coverage shrank to historic lows for the month, according to scientists at NOAA’s National Centers for Environmental Information (NCEI). Below are more highlights from NOAA’s latest monthly global climate report:

Climate by the numbers: October 2020
The average global land and ocean surface temperature for October 2020 was 1.53 degrees F (0.85 of a degree C) above the 20th-century average and the fourth-highest October temperature in the 141-year record.