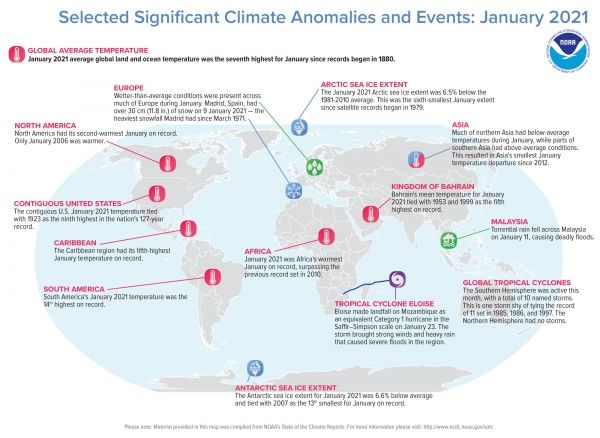 Polar sea ice coverage was below average for the month

True to trend, Mother Earth kicked off 2021 with a balmy January that ranked 7th-warmest in the temperature record, according to scientists with NOAA’s National Centers for Environmental Information.

Warmth took its toll on sea ice as well, with below-average ice coverage observed at both ends of the planet. Here’s more from NOAA’s latest monthly global climate report:

Climate by the numbers | January 2021
The January global land and ocean surface temperature was 1.44 degrees F (0.80 of a degree C) above the 20th-century average, making it the 7th warmest January in the 142-year climate record.