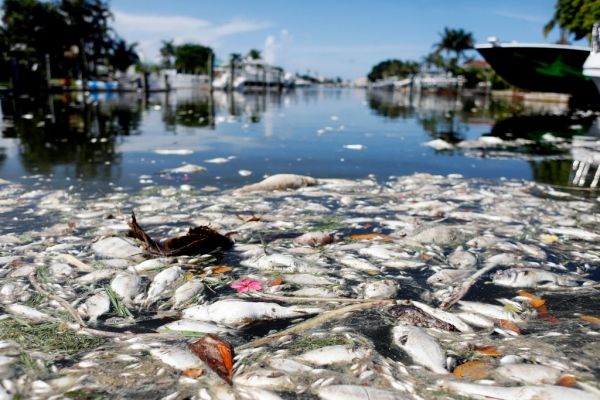 Texas A&M-Galveston marine biologist Daniel Roelke says the algae bloom can be devastating to marine life and can threaten humans.

Red Tide is sweeping through much of the Gulf Coast of Florida, having killed millions of fish and other marine life, and it could be headed toward Texas, according to a Texas A&M University at Galveston marine biologist.

Daniel Roelke, professor and head of marine biology at Texas A&M-Galveston, said that Red Tide – technically called Karenia brevis – is an algae bloom that produces toxins that can kill fish. So far, it has killed more than 1,400 tons of fish in the Tampa area in the last few weeks.

“Yes, there is a chance the ongoing bloom could find its way here to the Texas coast, but not much of one,” Roelke said. “If it were to happen, the likely mechanisms include accidental release of ship ballast waters containing the red-tide organism and counter currents moving in a westward direction. Regarding currents, the primary circulation pattern off the west coast of Florida is southward, eventually working its way around the southern tip of Florida then northward along the Florida eastern coastline.”