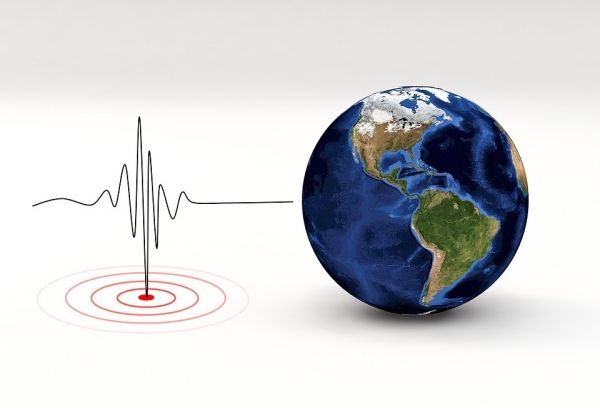 The scientific description of the catastrophic rockslide of February 7, 2021, in India’s Dhauli Ganga Valley reads like a forensic report.

The scientific description of the catastrophic rockslide of February 7, 2021, in India’s Dhauli Ganga Valley reads like a forensic report. A rockslide and the subsequent flood had killed at least a hundred people and destroyed two hydroelectric power plants. In the scientific journal Science (issue of 1 Oct., 2021), researchers from the GFZ German Research Center for Geosciences (GFZ) together with colleagues from the National Geophysical Research Institute of India (NGRI), trace the disaster minute by minute using data from a network of seismometers. The team posits that seismic networks could be used to establish an early warning system for high mountain regions.

Although the ultimate trigger of the massive rockslide that initiated at an altitude of more than 5500 meters remains unresolved, one thing is certain: On Sunday, February 7, 2021, at just before half past ten in the morning, more than 20 million cubic meters of ice and rock began to rush downslope into the valley of the Ronti Gad River. Seismometers recorded the signal at 10:21 am and 14 seconds local time. 54 seconds later, the mass hit the valley floor at 3730 meters elevation, generating an impact equivalent to a magnitude 3.8 earthquake. In the valley, the mix of rock and ice mobilized debris and additional ice, which – mixed with water – rolled through the valleys of the Ronti Gad and Rishi Ganga rivers as a gigantic debris flow and flood. First author Kristen Cook of GFZ estimates that at first, the mass shot downhill at nearly 100 kilometers per hour; after about ten minutes, the movement slowed to just under 40 kilometers per hour.

At 10:58 and 33 seconds, the flood reached a major road bridge near Joshimath. Within seconds the water there rose by 16 meters. Thirty kilometers further down the valley, the Chinka gauge station recorded a jump of 3.6 meters in water level, and another sixty kilometers down, the level still rose by 1 meter.