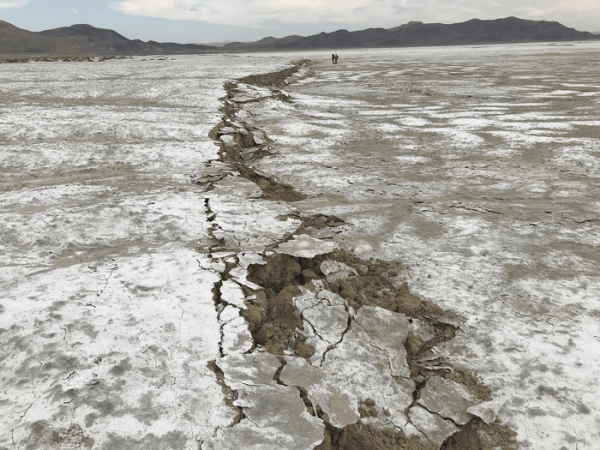 New research from The University of Texas at Austin could change the way scientists think about potential damage from earthquakes.

New research from The University of Texas at Austin could change the way scientists think about potential damage from earthquakes.

The study examined data from one of the densest seismic arrays ever deployed and found that earthquakes emit their strongest seismic shockwaves in four opposing directions. The effect, which leaves a pattern resembling a four-leaf clover, has been known for decades but never measured in such vivid detail.

Daniel Trugman, an earthquake geophysicist at the Department for Geological Sciences in the UT Jackson School of Geosciences, said that the study looked at only one type of seismic shaking caused by very small earthquakes in northern Oklahoma.

“What’s important in these results is that close to the source we’re seeing a variation in ground motion, and that’s not accounted for in any sort of hazard model,” Trugman said. He added that efforts were already underway to see how the phenomena plays out in California’s big fault systems.

The analysis was published in the September issue of Geophysical Research Letters and is based on measurements of two-dozen small earthquakes recorded by the LArge-n Seismic Survey in Oklahoma (LASSO), an array of 1,829 seismic sensors deployed for 28 days in 2016 to monitor a remote corner of the state measuring 15 by 20 miles.

A ruptured fault in Searles Valley, California, after the 2019 Ridgecrest earthquakes. A study of earthquakes led by The University of Texas at Austin found that seismic shockwaves are shaped by jagged faults and the debris wedged between them. (Photo Credit: Ben Brooks/U.S. Geological Survey)