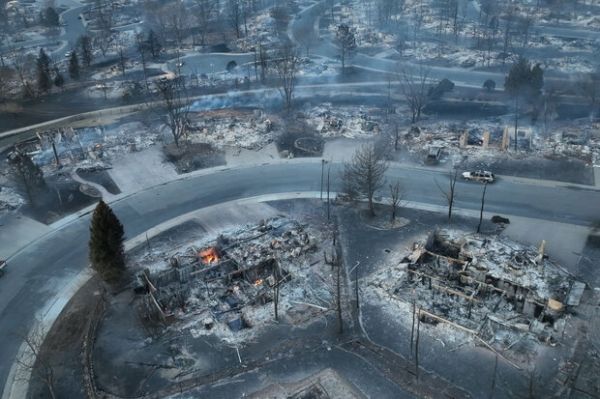 On December 30, 2021, the Marshall Fire ripped through suburban neighborhoods on the west side of the Denver-Boulder metropolitan area.

Spread by high winds and fueled by dry conditions, the wildfire left two people presumed dead, burned more than 6,000 acres, and destroyed more than 1,000 homes, according to news reports.

High winds, even with occasional hurricane-force gusts, are not unusual in this “foothills” region, where the eastern prairies meet the Rockies. The day of the windstorm, atmospheric pressure dropped sharply east of the Rockies, and strong downslope winds followed. At the base of the foothills west of Denver, wind gusts reached 100 miles per hour.

But winds alone didn’t account for the destruction. In the months leading up to this wildfire, climate conditions set the stage for a disaster. The spring of 2021 brought unusually wet conditions, encouraging vigorous plant growth. Starting in June, though, precipitation levels fell below average, and remained well below average for the rest of the year.