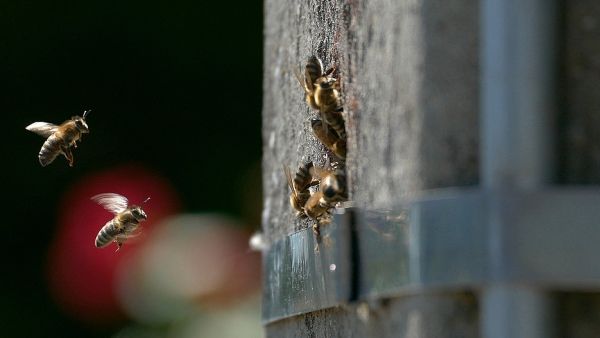 Until recently, experts considered it unlikely that the honeybee had survived as a wild animal in Europe.

Until recently, experts considered it unlikely that the honeybee had survived as a wild animal in Europe. In a current study, biologists Benjamin Rutschmann and Patrick Kohl from Julius-Maximilians-Universität Würzburg (JMU) in Bavaria, Germany, show that wild honeybees still exist in the region of Galicia in the northwest of Spain.

The researchers describe where to find the bees’ nests and under which conditions they can survive in Biological Conservation, a journal for conservation biology.

Rutschmann and Kohl are doctoral students at the JMU Chair of Animal Ecology and Tropical Biology in the group of Professor Ingolf Steffan-Dewenter.

They started their studies in Galicia in October 2019 at the suggestion of their Spanish colleague Alejandro Machado. The latter had observed swarms of honeybees occupying the inside of hollow electricity poles and apparently thriving there. In order to find out whether the region would support an entire population of wild bee colonies, the researchers searched a 136 square kilometre area for hollow power poles.

"We discovered 214 poles," says Rutschmann. For each one, the researchers checked if a honeybee colony lived inside. "In the first year of our investigation, we found 29 colonies." On a second visit in March 2020, they found that 17 of these colonies had survived the winter - "even though they had neither been fed nor treated against parasites."

Read more at: University of Wurzburg