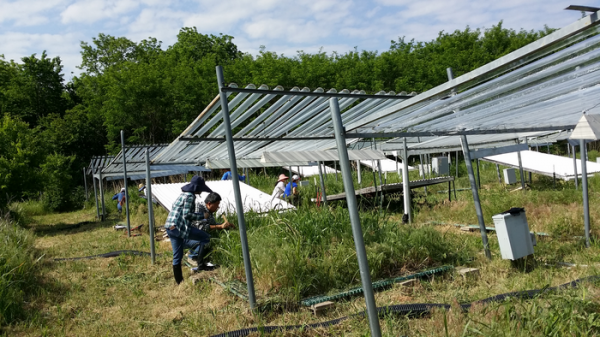 Researchers at the University of Oklahoma have found that the warming climate is decreasing microbial diversity, which is essential for soil health.

Researchers at the University of Oklahoma have found that the warming climate is decreasing microbial diversity, which is essential for soil health. Led by Jizhong Zhou, Ph.D., the director of the Institute for Environmental Genomics at OU, the research team conducted an eight-year experiment that found that climate warming played a predominant role in shaping microbial biodiversity, with significant negative effect. Their findings are published in Nature Microbiology.

“Climate change is a major driver of biodiversity loss from local to global scales, which could further alter ecosystem functioning and services,” Zhou said. “Despite the critical importance of belowground soil biodiversity in maintaining ecosystem functions, how climate change might affect the richness and abundant distribution of soil microbial communities (bacteria, fungi, protists) was unresolved.”

Using a long-term multifactor experimental field site at OU, researchers with the university’s Institute for Environmental Genomics examined the changes of soil microbial communities in response to experimental warming, altered precipitation and clipping (annual biomass removal) on the grassland soil bacterial, fungal and protistan biodiversity since 2009.

Read more at: University of Oklahoma