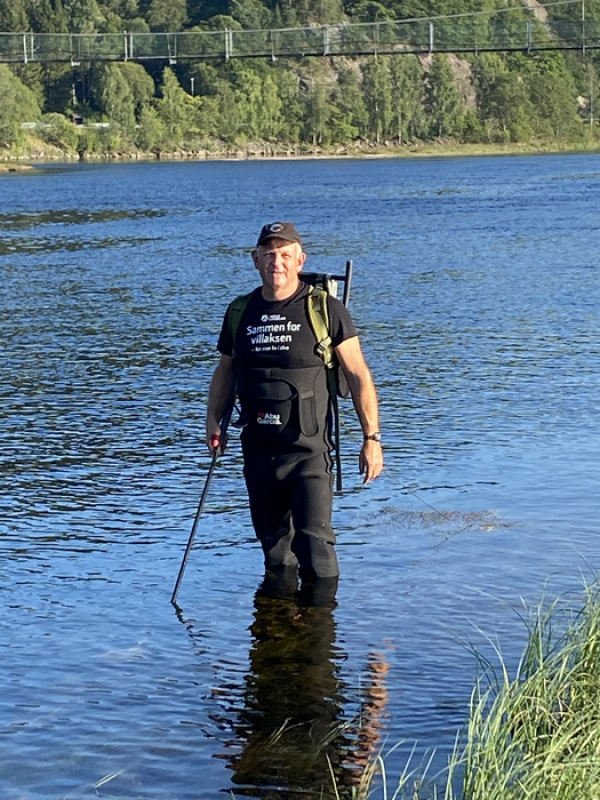 “Why do we allow hydropower plants with outlets into rivers to operate with rapid water level changes when Norway has plenty of power plant outlets that flow into the sea?”

“Why do we allow hydropower plants with outlets into rivers to operate with rapid water level changes when Norway has plenty of power plant outlets that flow into the sea?” asks NTNU researcher Jo Hallvard Halleraker.

The month is May and the spring sun shines over the Otra River where it flows serenely for the last 15 kilometres before flowing into Kristiansand’s eastern harbour. The riverbed gravel contains this year’s production of salmon eggs, about to hatch. Hundreds of thousands of small salmon fry will soon see the light of day. But their survival is not a given.

“When the water level drops in the spring and early summer, we can see the spawning redds teeming with fry. There’s lots of feeding activity ensues as seagulls help themselves to the fry,” says Jostein Mosby, head of the Otra laxefiskelag, the local salmon association.

He has been following the river from the time when it was heavily polluted by industrial discharges until the present day. As the river’s water quality improved, a viable salmon stock has returned. But now the power industry poses a danger to Norway’s wild salmon, which were recently classified as near threatened.

Read more at: Norwegian University of Science and Technology

After being strongly impacted by industrial pollution, the Otra River has once again become a watercourse with salmon. But Jostein Mosby of the Otra salmon fishing association is worried about this year's salmon fry. The Otra is one of many Norwegian rivers that are exposed to water flow fluctuations as a result of how hydroelectric power plants are operated. (Photo Credit: Hilde Mosby)