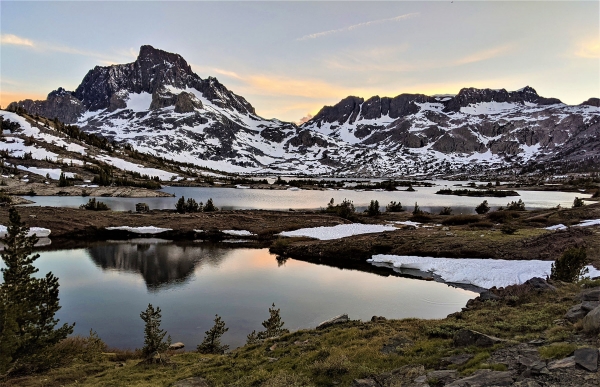 Snowcapped mountains not only look majestic – They’re vital to a delicate ecosystem that has existed for tens of thousands of years.

Snowcapped mountains not only look majestic – They’re vital to a delicate ecosystem that has existed for tens of thousands of years. Mountain water runoff and snowmelt flows down to streams, rivers, lakes, and oceans – and today, around a quarter of the world depends on these natural “water towers” to replenish downstream reservoirs and groundwater aquifers for urban water supplies, agricultural irrigation, and ecosystem support.

But this valuable freshwater resource is in danger of disappearing. The planet is now around 1.1 degrees Celsius (1.9 degrees Fahrenheit) warmer than pre-industrial levels, and mountain snowpacks are shrinking. Last year, a study co-led by Alan Rhoades and Erica Siirila-Woodburn, research scientists in the Earth and Environmental Sciences Area of Lawrence Berkeley National Laboratory (Berkeley Lab), found that if global warming continues along the high-emissions scenario, low-to-no-snow winters will become a regular occurrence in the mountain ranges of the western U.S. in 35 to 60 years.

Now, in a recent Nature Climate Change study, a research team led by Alan Rhoades found that if global warming reaches around 2.5 degrees Celsius compared to pre-industrial levels, mountain ranges in the southern midlatitudes, the Andean region of Chile in particular, will face a low-to-no-snow future between the years 2046 and 2051 – or 20 years earlier than mountain ranges in the northern midlatitudes such as the Sierra Nevada or Rockies. (Low-to-no-snow occurs when the annual maximum water stored as snowpack is within the bottom 30% of historical conditions for a decade or more.)